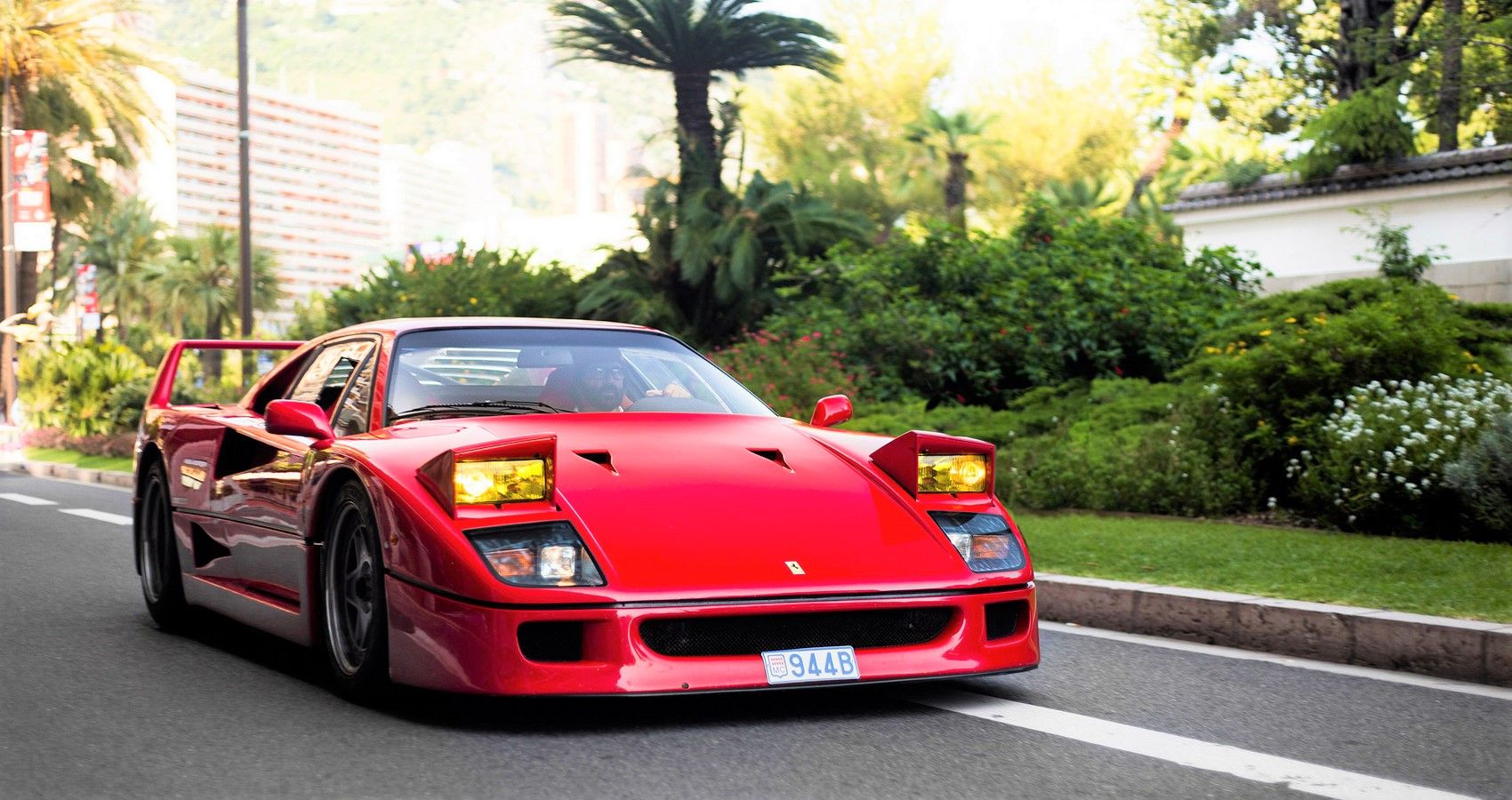 10 of the coolest cars with pop-up headlights

Automotive design is constantly evolving. For most gearheads, it’s easy to tell when a car was built just by looking at its design. For example, any wedge-shaped sports car you see on the road was probably built between 1970 and 1990. As technology advances, manufacturers are eliminating certain design features while introducing new ones that meet the needs current and market preferences.

The F40 is an important part of Ferrari history for a variety of reasons. On the one hand, the F40 was a celebration of Ferrari’s 40th anniversary and was imagined and produced under the supervision of Enzo Ferrari. Unfortunately, the F40 is also the last car the company built under the management of Enzo Ferrari before his death a few months later.

At the time, Honda was best known for building cheap, economical cars that weren’t all that fun to drive. However, that changed in the 90s when Honda teamed up with the legendary Ayrton Senna and developed a sports car that could rival anything from Europe – the legendary NSX.

The NSX had many positive features – a sleek design, lightweight all-aluminum body, fantastic driving dynamics and tons of power coming from its all-aluminum 3.0-liter V6 engine. The NSX still has a significant cult following to this day.

The 1990s were terrible years for Lamborghini – several ownership changes, poor sales and poor management almost killed the company. However, despite its difficulties, Lamborghini still managed to build a fantastic sports car – the Diablo.​​​​​​​

The Diablo was originally designed by the famous Marcello Gandini, but Chrysler – which owned Lamborghini at the time – was unhappy and made some changes. However, they kept the retractable headlights.​​​​​​​

Toyota isn’t the first brand that comes to mind when you think of a great sports car. However, in the 60s, the Japanese company built a car that could rival the Jaguar E-Type, Ferrari 250 GTO and 1963 Chevy Corvette Sting Ray in the design department. Nicknamed the 2000GT, this car is still considered the most beautiful Japanese car of all time.​​​​​​​

RELATED: These Are The Most Beautiful Japanese Cars Ever Made

The only reason the 2000GT doesn’t get the respect it deserves is its weak engine. Powered by a tiny straight-six engine producing 138 hp, the 2000GT was quite slow. With only 351 examples built, the 2000GT is one of the rarest Japanese cars.​​​​​​​

The sports car market in the 70s was dominated by Lambos and wedge-shaped Ferraris. BMW wanted a piece of the action too, so they hired Giorgetto Giugiaro design a sports car for them. This is how the M1 was born.​​​​​​​

Everyone loved the M1. It’s still one of the best-looking BMWs ever and was great fun to drive, thanks to a mid-mounted 3.6-litre inline-six producing 273bhp.​​​​​​​

Growing up, Argentine racer and entrepreneur Alejandro de Tomaso always dreamed of building a world-class sports car. This dream came true in 1971 when its automaker introduced the Pantera.​​​​​​​

Although it was built by a small company, the Pantera was a beauty and had the power to match it too. To cut costs, DeTomaso fitted the Pantera with a Ford-built 5.8-liter V8 engine producing 330 hp, making it super fast.

Lancia is barely mentioned today, but it was one of Europe’s top car manufacturers at the time. Lancia was particularly successful in rallying, one of its best rally cars being the Stratos.​​​​​​​

RELATED: The 10 Best WRC Rally Cars Of All Time

The Stratos was incredibly popular, largely due to its stunning wedge-shaped design penned by Marcello Gandini. It also featured a mid-mounted Ferrari-built V6 engine producing around 200 bhp, making it a joy to drive.​​​​​​​

The Esprit won over gearheads when it debuted in the late 70s. Although it’s the product of British engineering, the Esprit’s futuristic wedge-shaped design makes it look more Italian than British. , which is not surprising since it is another product of the brilliant mind of Giorgetto Giugiaro.​​​​​​​

The Esprit’s turbocharged four-cylinder engine didn’t have much power, but its lightness allowed it to keep pace with larger-engined cars. The icing on the Spirit cake is that it is a Bond car.​​​​​​​

Most gearheads have never heard of the Cizeta V16T, even though it was one of the best sports cars of the 90s. The V16T was developed by a group of former Lamborghini employees who wanted to create the ultimate supercar – a better than any Lamborghini of the time.​​​​​​​

The V16T had a few advantages. For one, it was designed by Marcello Gandini – the same guy who created some of Lamborghini’s best designs. The V16T also had a huge 6.0 liter V16 engine under the hood. With a top speed of 204 mph, the V16T is one of the fastest naturally aspirated sports cars of the 90s.​​​​​​​

The base 944 was powered by a 2.5-liter inline-four engine producing 205 hp, which gave it decent performance. Those who wanted more could buy the turbocharged version, which produced up to 250 hp.

8 Wild Differences Between The Lamborghini And Ferrari Rivalry

Martin is a seasoned content creator who has been writing about cars for over a decade and has been in love with them for even longer. Growing up, Martin was surrounded by gearheads who instilled in him a deep love and understanding for cars from an early age. He enjoys learning and writing about all the developments happening in the automotive industry, especially in the area of ​​electric vehicles. When he’s not writing about cars, he enjoys spending quality time with his wife, kids, and fur baby.

DRIVETIME MAHATMA: Projects on the Arkansas 10 end in 2023

Jason Wagoner returned to drag racing in style with a 1,200 horsepower Shelby