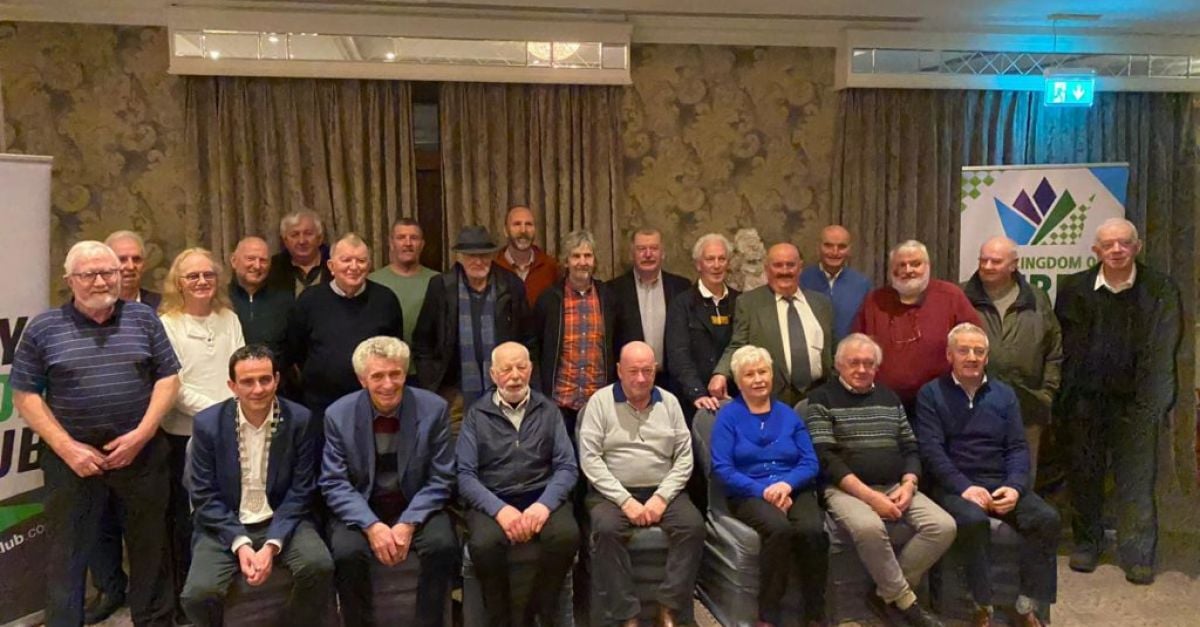 Club members past and present came together last night to celebrate their milestone.

Half a century later, over 100 guests, made up of past and present members and supporters of the club, gathered at the Rose Hotel in Tralee to mark the occasion.

The club has become one of the largest in the country, currently has over 150 members, organizes well-known events such as the Circuit of Kerry and the Kerry Winter Rally.

Members compete in motorsport events throughout Ireland and beyond. Club volunteers work on all rallies in the country.

In May 1972, a few months after its founding, the club was granted Royal Irish Automobile Club (now Motorsport Ireland) status which enabled it to stage official motorsport events.

The first such event was an Autocross at Tarbert in August of the same year – timed to coincide with the annual North Kerry village carnival.

A second autocross in the same year, at Tralee Town Park, became a regular feature of the Rose of Tralee International Festival event program until the 1980s.

As the club grew it ventured into stage rallies and after running a few single stage events the first Circuit of Kerry rally was staged in May 1975. Mike Marshall was the first race director at the Kerry circuit, and he attended the rally with his wife Noreen who was also one of the very first members of the club.

This rally quickly became one of the most popular rallies on the Irish calendar and over the years it has been based at Ballybunion, Dingle, Banna and Tralee.

1989 event-winning co-driver John Crone made the long drive from Cobh, County Cork, just to be there.

Another rally, the Kerry Winter Rally, was added to the roster in the late 1980s. It is now Ireland’s biggest clubman rally – and the late winter rally is still an event an end-of-season must-have for riders across the country and beyond.

Well-known rally competitors from years past like brothers Kenny and Desie O’Neill and Pat Thornton were there.

Paddy Barry, whose father Paddy Sr ran the old Kingdom of Kerry Motor Club in the 1950s, remembered when he rallied a Mini in the 1970s.

Mayor Moloney said: “It is great for me to be here to celebrate the 50th anniversary of the Kerry Motor Club and also for my [late] father, Jimmy, who was a founding member, about 50 years ago, so there’s been a nice continuation here over the years.

“I know he would have liked to come here and catch up with old friends and catch up on some stories. Those were good days and he had long memories [of the club]”

The event marked a changing of the guard for the current club committee.

At the club’s recent online AGM, Eoin Duffin was elected as the club’s new chairman and he took over from long-serving former chairman PJ O’Dowd.

Eoin said: “To think that this club has been around for 50 years is just fantastic. It’s the basis of friendships for a lot of people. 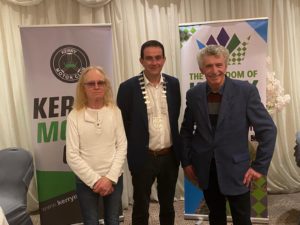 The next big Kerry Motor Club event is a classic car show in the Brandon Hotel parking lot on February 13. More than 140 cars are already confirmed.